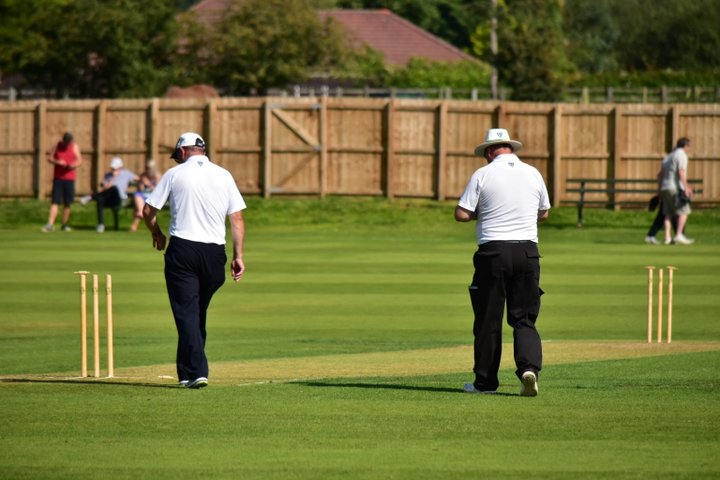 Peter Brown gives us his annual end of season umpires report. You can check it out below.

This season has perhaps been the worst season as far as changes in appointments are concerned with 298 changes since the original appointments.

Many of these changes came due to illness and I hope to see Alan Howe, who was out for the season make a return to umpiring in some capacity. Both Ian Drayton and Gordon Carr had to stop umpiring at an early stage in the season and we wish them well. Bill Wake missed a number of matches with back problems and several others carried knocks during the season.Richard Martin returned to playing but hopefully he will return to umpiring again in the future. On the positive side we had a number of new umpires join the panel and we hope they enjpyed their first season on the NEPL panel.

I think some umpires no longer wantl to umpire every Saturday with competing demands on their time. There are probably some also who are finding player behaviour a problem. Last season there was an increase in the number of players reported for breaching our discipline regulations and it was good to see more umpires reporting.

The League Management Committee has set up a Match Management Panel to investigate a variety of matters relating to the management of matches including player behaviour and we will hear more about this in the New Year.

The NEPL is not the only league to experience a shortage of umpires. Despite this every 1st XI match in 2019 had two umpires and every other match had at least one umpire. This is not always the case in other leagues. My thanks go to those umpires who stood on their own last season and unless we get another 10 umpires on the list we will have the same problem in season 2020.

We need more younger people to take up umpiring to start as at present whilst we take some young and inexperienced umpires many of our recruits come from other leagues leaving their league short on numbers. I don’t have a magic wand but without help from the clubs putting forward some ex-cricketers the situation does not look likely to improve.

I am in debited to our tutors producing new umpires and these are being utilised in standing with experienced colleagues in our Third Division games and in the Sunday Divisions.

Not all is gloomy news as we strive to maintain a high standard of our umpires. Jeff Marshall, Ian Warne and Brian Morris all stand in the ECB National Panel which includes Second Eleven, MCCU and Minor County appointments plus Jordan Montogmery-Else, one of our younger officials, umpires in ECB junior competition games.

On the scoring front Jack McGurk, Keith Telford, Graham Maddison and Sam Blacklock all score at the highest level and not forgetting Rene Grosvenor one of the leading lights in scoring for CAG games.

The Education courses run by both Durham and Northumberland are second to none backed up by an exceptionally high degree of scorers coming from Keith Telford’s courses. We are extremely well off in that respect with several scorers going on to score at the highest level around the country and in our very own region, as I mentioned above.

I hope that all umpires will be able to attend the post-season meeting at Ropery Lane on 31 October when more information will be available on the changes proposed for 2020 and there will be the opportunity to make your views known and have them taken into account before the new playing conditions are finalised in the New Year.