2019 report from the Chairman 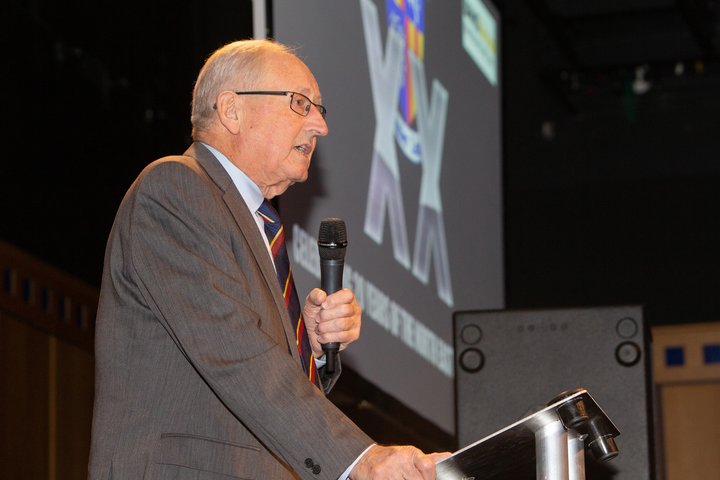 To celebrate our 20th season NEPL representative teams played matches against Durham CCC and MCC and a number of special awards were presented at our Annual Dinner and Presentation event.

The season itself had a relatively large number of matches cancelled, abandoned or interrupted through adverse weather conditions. Despite this some fine cricket was played with the main trophies being won by clubs for the first time. Particular mention must go to newly promoted Burnmoor who won both the Premier Division title and the Banks T20 1st XI competition, and also to Washington who won the First Division title, the Banks Salver and the Banks Cup.

South Northumberland won the Second Division and the Banks Bowl and in their first season, Ashington won the Third Division and are promoted. Benwell Hill, Sunderland and Willington won the Sunday Leagues with Whitburn winning the Midweek League. Benwell Hill won the Banks 2nd XI T20 and Chester-le-Street won the Banks Shield. Our junior competitions were successful with a range of Clubs performing well, and our thanks go to the Junior Sub-Committee under Iain Bestford for their commitment and hard work.

The Management Committee met ten times in 2018/19. A Playing Formats Panel was set up and met four times to discuss proposals to freshen up the formats of our various competitions, in particular the Saturday leagues. Martin Pollard organised comprehensive surveys of players to help plan the way forward and all Clubs had the opportunity to comment on emerging proposals through surveys and at meetings.

For the 2020 season we are sorry to see South Shields relegated but are pleased to welcome Philadelphia from the Durham Cricket League and Lanchester from the Northumberland and Tyneside Cricket League. A number of clubs had reasonable prospects of promotion in the final weeks of the season which meant that NEPL officials met with club officials and inspected grounds and pitches to ensure that clubs met the NEPL club and ground criteria.

Clubs are to be congratulated for dealing efficiently with Disciplinary Regulations and Results Reporting Procedures. However, the number of on-field disciplinary offences increased compared to recent seasons and this has prompted the Management Committee to set up a Match Management Panel comprising senior umpires and captains to investigate disciplinary issues and bring forward proposals for improvement.

I wish to thank our major sponsors, Dukes Cricket Balls and the Banks Group, for their continued support. The Banks Group deserve special thanks for agreeing to continue their sponsorship of all our senior cup competitions. We continue to seek sponsors for our junior competitions and our annual dinner and presentation evening.

I wish also to thank our panel of umpires and the dedicated work of Peter Brown as our appointments officer. All 1st XI matches had two umpires but many 2nd XI league matches had only one umpire. Like all leagues the NEPL needs more umpires and we would ask Clubs to encourage players who are coming to the end of their playing days to take up umpiring. It is with much sadness that we learned of Peter’s illness towards the end of the season.

I would also like to thank all members of the League Management Committee for their dedicated work during the past 12 months. We welcomed Malcolm Pollard to the Committee as a Northumberland Cricket Board appointment and we also welcomed Harry Stephenson as our new Discipline Secretary. The continued excellent work of Ray Burn, Jeff Marshall and Keith Marshall on finance, registrations and results reporting deserve special mention. With South Shields relegated, we also lose Mark Appleton who has done sterling work on the Committee in recent years, particularly in relation to our junior competitions.

Our special 20th anniversary dinner and presentation evening was enjoyable and I would like to thank all those involved in its organisation, but particular recognition goes to the organising committee of Keith Shaw, Paul Nesbit and Gordon Halliday. Paul also did a fantastic job in compering the evening. We took into account feedback from Clubs following last year’s event and the new venue and format for the event proved to be very successful. We were grateful for our Cricket Forum of Marcus North, John Graham Phil Nicholson and Ash Thorpe for sharing with us their views on past developments and future possibilities. Clubs selected their ‘team of 20 years’ and there were special awards to our long serving umpires.

I have reported in each of the last two years that the NEPL has been participating in ongoing consultations by the ECB on the future of Premier Leagues, as one aspect of a wider review of the structure of recreational and first class cricket. These discussions have continued during 2019 and whilst we are confident that the future of Premier Leagues is secure, we are still awaiting final details of ECB’s requirements and funding.

In addition to the motions presented to the AGM, the LMC and its Sub-Committees will be carefully examining all points discussed at the post-season meetings with umpires and Club officials and in response to the various surveys we have carried out on playing conditions. Many interesting suggestions have been made and all will be given full consideration in finalising which changes to our rules, regulations and procedures will further improve NEPL cricket.