NEPL Round Up: Week 3 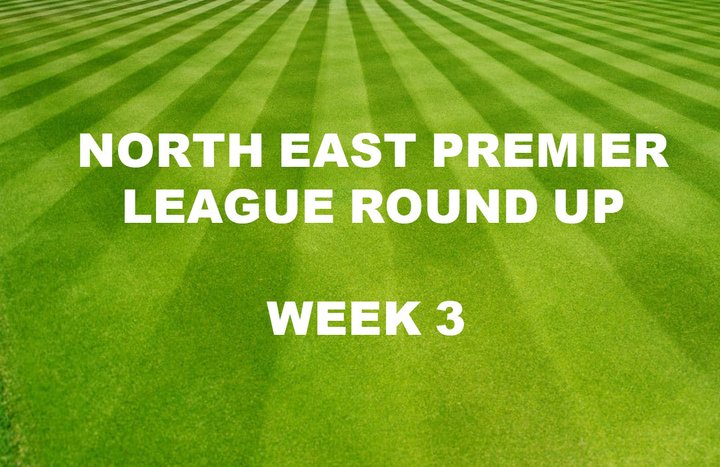 There were centuries for Chris McBride and Finn McCreath in a high-scoring weekend of Banks Salver fixtures.

In the North Group, a 125-run partnership between Chris McBride (108 from 111 balls) and Liam Trevaskis (57* from 78 balls) helped Newcastle to a 7-wicket victory over South Northumberland, chasing down 189 in 38.2 overs.

Dale Shaw scored his third half-century (67* from 69 balls) in as many weeks as Felling beat Benwell Hill by 6 wickets, knocking off 210 despite Finn McCreath’s first-innings century (101 from 92 balls, including 8 fours and 4 sixes).

Burnmoor beat Eppleton by 37 runs to stay top of the East Group. Ross Greenwell contributed 103 from 132 balls, including 9 fours, as the home side made 197/6 from their 40 overs. Alll five of Burnmoor’s bowlers took wickets, bowling Eppleton out for 160 despite 53 from Josh Coughlin.

Micky Allan led Sunderland to a 35-run victory over Hetton Lyons at Ashbrooke. He made 74 of their 199 and took 6/27 as the visitors were all out for 164. Batting first Sunderland posted 199/9, with Hetton Lyons falling short.

There were some high-scoring games in the East Group. Crook chased 250 to beat Sacriston by 1 wicket in a last-ball thriller, despite 85 from Ross Whifield and 65 from Edward Foreman.

An imposing first innings total of 235/6, including 64 from Adam Hickey, helped Washington to a 107-run victory over Burnopfield in the West Group. There were three wickets each for Hickey (3/25), his brother Liam (3/31), and Ash Thorpe (3/21) as Burnopfield were bowled out for 128 in reply.

Chester-le-Street beat Lanchester by 3 wickets in a low-scoring game at Ashley Park. Opening bowlers Brodie Glendinning (5/25) and Jack Campbell (5/31) combined to bowl Lanchester out for 56, but Chester-le-Street collapsed to 48-7 before Campbell and Liam Burgess saw them home.

 NEPL Round Up: Week 4 All is still to play for at the half-way point of the group stages in this year's Banks Salver competition.

NEPL Round Up: Week 2  A high-scoring thriller at Jesmond was the exception to a weekend of low-scoring fixtures in the second round of the Banks Salver.