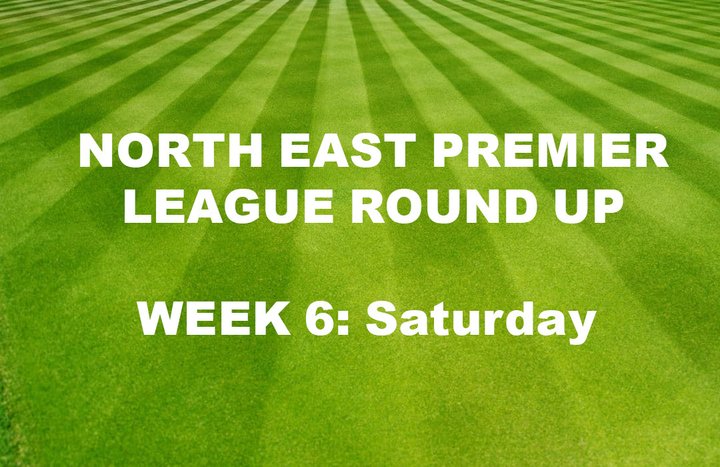 The bank holiday weekend got off to a good (albeit windy) start with the first of two rounds of Banks Salver fixtures.

In the North Group, Gateshead Fell recorded their first win of the season, bowling Newcastle out for 107 inside 25 overs. All four of Gateshead Fell’s bowlers took wickets, but Thomas Lugsden (3/20) was the standout. There were 9 single-figure scores as only Kieran Trevaskis (31) and Jonathon Barnes (34) made an impression with the bat. Gateshead Fell chased it down with 8 wickets to spare, Richard Smith unbeaten on 43. The Fell chasing down the required total of 108 in 25.3 overs.

Benwell Hill, who were asked to bat first, posted 182/7 against South Northumberland. They got off to a good start, putting on 74 for the first wicket, before Kyle Coetzer (46), was dismissed by Simon Birtwisle, who went on to take 3/35. Opener James Schofield (49) and middle-order batsman Finn McCreath (45) also made it into the forties but did not push on and fell just short of half-centuries. Sean Tindale took 3/29. They reduced South Northumberland to 33-3 in reply, with wickets for opening bowlers Coetzer, who finished with figures of 3/16, and Luke Doneathy. Michael Richardson (47), Adam Cragg (28) and John Graham (27), took the visitors to 150-6, a promising position, but were dismissed before they could push on. South Northumberland needed 19 from the last 2 overs with 2 wickets remaining, but were bowled out with 7 balls remaining, falling 16 runs short of their target.

Felling v Blaydon in the North Group was rained off with out a ball being bowled - the only abandonment of the group.

In the East Group, table topping Burnmoor notched their fifth win of the season, this time against Whitburn, who were asked to bat first. There were runs for Lee Henderson (57) and captain Paul Shields (33) as the visitors made 142/8, but some good bowling from Burnmoor made it difficult for them to score quickly. Burnmoor were reduced to 22-2 when Kieran Waterson, the pick of the bowlers (3/14), dismissed Ryan Pringle first ball, but Allan Worthy (32), Kevin Ward (20), and Riley Blunt (41*) scored valuable runs to see them home, as Burnmoor chased down 143 in 35.2 overs.

Philadelphia started well against Hetton Lyons as Shaun Hauxwell (75) and Dan Pearson (50) put on 107 for the second wicket, but Christopher Ralston (3/33) and Karl Turner (2/30) led a comeback with some quick wickets. Philadelphia made 178/7. All of Hetton Lyons’ top 5 passed twenty as the home side made their way to a 7-wicket victory. Stuart Walker was unbeaten on 51 from 42 balls, including 8 boundaries, at the end. Adam McGuire (2/38) took two wickets, but the Philadelphia bowlers struggled to control the run-rate, as they all went for at least 4 runs an over.

In the West Group, Crook chose to bat first against Willington but were bowled out for 126, with only James Hindmarsh (53) troubling the scorers, while Lewis O’Donnell took 3/22. Hindmarsh also took two wickets (2/23), but Willington’s James Stock scored 66, and captain Reece Carr contributred 29, as the home side won by 6 wickets inside 30 overs.

Chester-le-Street made 199/5 (37) in their rain-affected game against Washington at Ropery Lane, with George Harrison (83) and Andrew Smith (54) putting on 116 for the second wicket. Washington’s run chase got off to a good start, thanks to 77 from Josh Wilson at the top of the order, but they collapsed from 99-3 to 136-7 and finished 25 runs short. Amaan UlHaq (2/29) and Liam Burgess (2/19) were the pick of the bowlers for Chester-le-Street.

Sacriston v Lanchester was abandoned in the West Group.

Windows delighted Academy were asked to join NEPL for 2020  John Windows talks to Durham Cricket TV with a special mention of being involved in the Banks Salver for 2020.