NEPL Round Up: Week 1 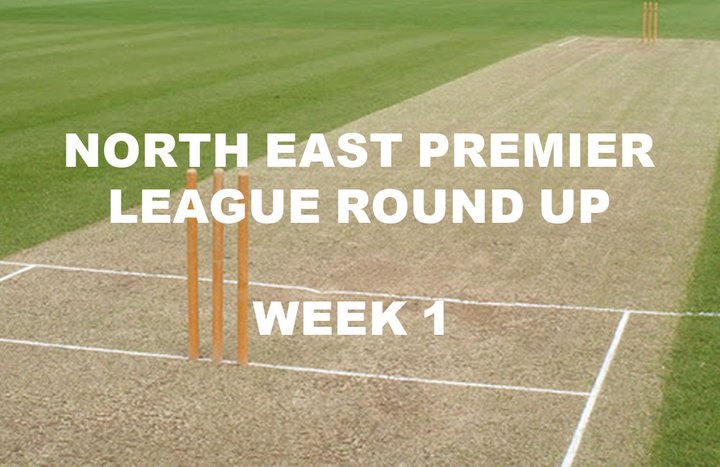 The group stages of the Banks Salver saw cricket return to the North East this weekend.

The group stages of the Banks Salver saw cricket return to the North East this weekend. In the West Group, Ash Thorpe inspired Washington to a 2-wicket victory over Crook, taking four wickets as they were bowled out for 169. Washington collapsed to 69-6 in reply, but Thorpe made an unbeaten 44 from 71 balls and they won with two overs to spare.

Half-centuries from Jacob McCann and Quentin Hughes helped Chester-le-Street to a decisive 107-run victory over Sacriston, while Burnopfield beat Willington by 6 wickets.

In the North Group, South Northumberland started their season with a 165-run victory over Ashington. They made 281-4, thanks to half-centuries from Simon Birtwistle, Christopher Hewison, and Jacques Du Toit, and Ollie McGee took 3/13 as Ashington were bowled out for 116.

At Denton Bank, Benwell Hill’s Rory Hanley and Max Williamson took three wickets each to bowl Blaydon out for 135. Opener Kyle Coetzer then made an unbeaten 54 from 70 balls in their 8-wicket victory.

Felling also started with a win, beating Gateshead Fell by 98 runs. Dale Shaw made 72 in their total of 225-7, before Alasdair Appleby took 3/11 to bowl the visitors out for 127.

In the East Group, Graeme Bridge took 4/18 as Burnmoor bowled Castle Eden out for 117. Ryan Pringle made an unbeaten 66 from 24 balls as Burnmoor chased the total inside 15 overs.

Hetton Lyons bowled local rivals Eppleton out for 92 to win by 70 runs, and despite four wickets for Joe Coyne at the Village Ground, Whitburn beat Boldon by 25 runs.

Statement by North East Premier League on the resumption of NEPL Cricket for The 2020 Season  The League Management Committee (LMC) met on 8 July shortly after the ECB had issued their document, 'ECB Return to Cricket Plan for Step 4.