NEPL Round Up: Week 2 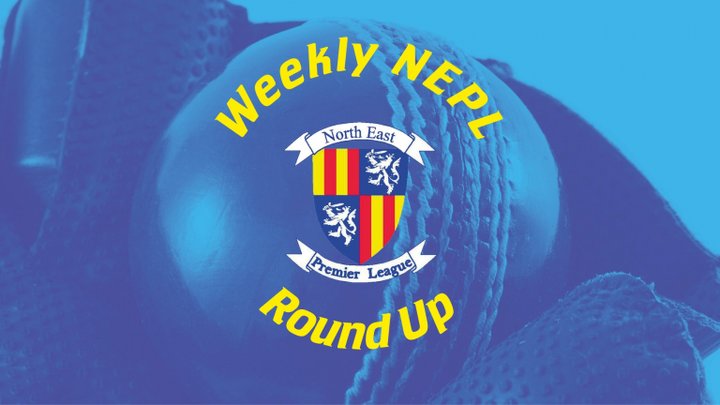 The second weekend of NEPL fixtures saw some exciting run chases, disciplined bowling, and appearances from some of Durham and England's best.

The South Northumberland bowling attack had its second successful week, bowling Washington out for 106. Seamer Jonathan Wightman grabbed the headlines, taking 5/27, but he was ably supported by spinners Oliver McGee (2/14) and Lee Crozier (2/24). South Northumberland reached their target in 26.2 overs, with notable contributions from Simon Birtwistle (25) and Christopher Hewison (37*).

Whitburn put their batting troubles behind them in a good all-around performance against Hetton Lyons. Whitburn’s top six all contributed to their first innings total of 244/7, but Chris Greaves stood out, making 50 at more than a run a ball, which included 5 fours and 3 sixes. Karl Turner (39) and Ben McKinney (36) started well for the Lyons, putting on 69 for the first wicket, and Chris Martin’s quick-fire 53 got them close, but Whitburn’s bowlers worked hard for their wickets, eventually bowling Hetton Lyons out for 203 to win by 41 runs.

Chester-le-Street posted their second imposing total of the season, as Benwell Hill’s bowlers were on the receiving end of an impressive 103 from wicketkeeper Jacob McCann. He put on 128 with fellow opener George Harrison (48) for the first wicket, who fell just short of his half-century, and some entertaining cameos from the middle order helped the Keets to 308/5 from their 50 overs. Peter Halliday scored an excellent 106 from 84 balls for Benwell Hill in reply, but it was too little too late, and the home side fell 33 runs short.

Mitchell Killeen top-scored with 84 as Burnopfield made 269/9 against Eppleton at Church Road. Burnopfield’s top three all made runs, with 76 for John Oswell and 32 for Ben Robinson, but Andrew Ebdale’s 4/45 prevented the visitors from capitalising on their good start. The total proved enough, however, as Eppleton were bowled out for 215. Killeen continued his good day, taking 2/18, and there were wickets for Ben Robinson (4/49) too.

Martin Hubber (52) and Daniel Thexton (50) made half-centuries as Sacriston set Burnmoor 208 to win, but the total proved an easy chase for the visitors. Allan Worthy (28) and Ross Greenwell (76) put on 69 for the first wicket, before Ryan Pringle struck 68 from only 23 balls, an innings which included 7 fours and 6 sixes, to see Burnmoor home with nearly 20 overs to spare.

A 42-ball 55 from number 8 David Mansfield propelled Tynemouth to a promising total of 271/9 against Felling, despite Alasdair Appleby’s 3/25. Mansfield’s late runs meant that the home side had momentum on their side, and they capitalized on it, bowling Felling out for 180 to win by 91 runs. Sean Dickson (65) provided some resistance with the bat, but an all-around performance from Tynemouth’s bowling attack sealed the win.

In Division 1, Lanchester’s openers, Graham Brinton (41) and Kieran Gohery (75), set the platform for their total of 274 against Crook, but a good spell from Steve Chapman (4/53) prevented Lanchester’s middle order from really taking advantage. Crook took the momentum into their run chase, which was anchored by Steve Chapman’s 138 (149). Chapman and Daniel Pratt, who scored a match-winning 65 from 54 balls, saw the visitors home with 9 balls to spare.

Graham Clark starred, taking 4/13 and then scoring an unbeaten 49, as Blaydon beat Philadelphia by 4 wickets. The home side were bowled out for 116, with opener Shaun Hauxwell (25) the top scorer, which Blaydon chased inside 23 overs, despite losing 6 wickets in the process.

Newcastle made 273/9 against Willington, thanks to 60 from Ben Mussett and 81 from New Zealander Jesse Tashkoff. There were half-centuries for Pete Bhabra (66) and Reece Carr (60) in reply, but the Newcastle attack was disciplined, taking regular wickets to bowl Willington out for 233 and secure a 40-run victory.

A star-studded game at Shotley Bridge, which featured Matthew Potts, Paul Collingwood, and Mark Wood, ended in a 6-wicket victory for the home side. Potts showed his class, taking 3/26 as Ashington were bowled out for 219, despite an impressive 102 from wicketkeeper Jack McCarthy, who was supported by Sean McCafferty (56). By the time Wood came on to bowl his four overs (0/12), Shotley Bridge were already well on their way to victory, thanks to Daniel Anderson’s 110 (135) at the top of the order, which included 16 fours and 1 six.

Castle Eden bowled Sunderland out for 151 but were dismissed for 129 in reply.

 NEPL Round Up: Week 3 South Northumberland and Chester-le-Street continued their unbeaten start to the season as the third round of NEPL fixtures took place on a rainy May Day.

NEPL Round Up: Week 1  There were some high totals and good chases as the North East Premier League teams were back in action for the first time in 2021.