NEPL Round Up: Week 7 (Quarter Finals) 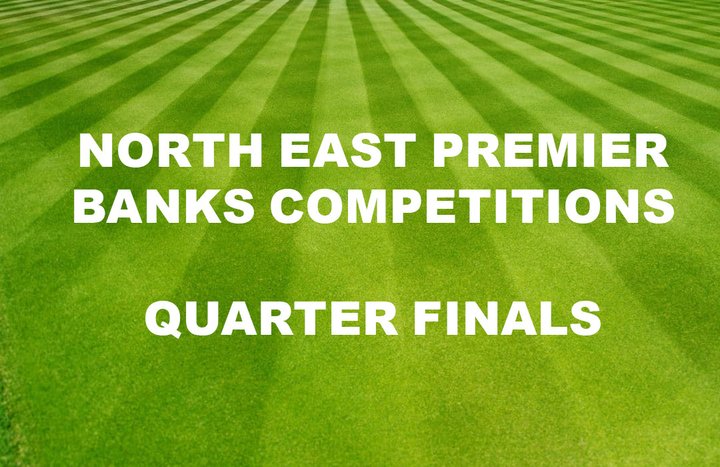 The top placed teams from the three regional groups went head-to-head in the quarter finals of the Banks Salver this weekend.

Benwell Hill, winners of the North Group, made 202/10 against Eppleton, thanks to a run-a-ball 102 from Scotland international Kyle Coetzer, including 17 boundaries. Luke Doneathy was the next top scorer with 20 from 41 balls, and there were more wickets for Josh Coughlin (4-41), who is having a good season with the ball in hand. Coetzer then took four wickets (4/28) and Callum Harding took three (3/23) as Benwell Hill bowled Eppleton out for 174 (37.3) to win by 28 runs, despite resistance from Connor Whitelock (51 from 71 balls) and Robert Talbot (47 from 39 balls).

Hetton Lyons won the toss and chose to bat against Chester-le-Street, who topped the West Group, but an all-around strong performance from the Chester-le-Street bowling attack kept them to 107/9 from their 40 overs. Jack Campbell, Quentin Hughes, Brodie Glendinning and Liam Burgess took two wickets each. Campbell went on to contribute 66 from 79 balls, including 11 boundaries, to Chester-le-Street’s successful run chase, which they completed inside 23 overs with 8 wickets to spare.

East Group winners Burnmoor bowled Tynemouth, out for 119 (36.3). Ben Debnam made 37 (63 balls) at the top of the order and Martin Pollard was unbeaten on 27 (43 balls) when the final wicket was taken, but there were 9 single-figure scores for Tynemouth’s batsmen. Ross Greenwell (4-18) starred with the ball for Burnmoor. Like Chester-le-Street before them, Burnmoor also won by 8 wickets. They had Ross Greenwell (37* from 81 balls) and Paul Craig (45* from 41 balls) to thank for their comfortable victory.

Washington, who finished third in the West Group, were bowled out for 98 (31.5) by South Northumberland. Christopher Hooker and Graham Race made 22 each, but Joe Thompson’s men looked vulnerable against Sean Tindale (3/17) and Simon Birtwisle (2/28). Birtwisle (44* from 60 balls) then played the supporting role in the run chase, as Michael Richardson’s half century (51* from 63 balls) led them to a 9-wicket victory inside 22 overs. Liam Hickey (1/7) took the only wicket to fall.

Ashington progressed to the semi-finals of the Banks Salver Plate, for fourth-, fifth-, and sixth-place teams, with a 14-run victory over Willington. They scored 243/5 from their 40 overs, thanks to a 77-ball 89 from Ben Harmison. He was supported by Cameron Steel and James Harmison, who both scored 43. There were two wickets each for opening bowlers Jamie Dass (2/40) and Connor Hodgson (2/25). Reece Carr made an unbeaten 127 (from 112 balls) for Willington, who finished 229/2.

Dan Shurben scored 70 and Micky Allan made an unbeaten 53 as Sunderland chased 169 to beat Castle Eden by 8 wickets inside 28 overs. Keith Bailey had scored a run-a-ball 50 for the visitors in the first innings, but some economical bowling from openers Safyaan Sharif (1/16 from 8 overs) and Zaheer Shahbaz (2/2 from 5 overs) meant the target was always chasable.

Felling made 193/8 (40) after winning the toss and choosing to bat against Burnopfield in the last of the Banks Salver Plate fixtures. Joe Carroll (53) and Dale Shaw (59) starred with the bat, and there were three wickets for Oliver Gibson (3/20). Anthony Trotter was both economical and effective with the ball (3/18 from 8 overs) but an unbeaten 86 from Chris Greaves saw Burnopfield over the line with three wickets to spare.

 Banks Competitions Semi Final Draws The Semi Finals for the Banks Salver, Bowl and Cup are now confirmed and will take place this weekend.